A quartile in Scopus is a category of scientific journals that shows their credibility. The quartile reflects the demand for the journal by the scientific community. Accordingly, there are the least and most cited journals.

Scopus journal metrics use advanced rating systems for both authors and publications, in particular, an indicator such as SJR (SCImago Journal Ranking). SJR is a much more difficult indicator than the Impact Factor, which takes into account (along with citation) the degree of authority of the journals referring to a given journal, as well as the proximity of their topics.

SJR was developed in the 2000s by a research group based on the Scopus data. Unlike Impact Factor, SJR covers a wider range of journals and is published open access. SJR Scopus takes into account not only the total number of citations but also the weight of each reference. Thus, SJR is used to determine the quartile of the journal.

A quartile is a category of scientific journals that represent the citation level identified by scientometric indicators. So, the publications range from the most referenced to the least by quartile. 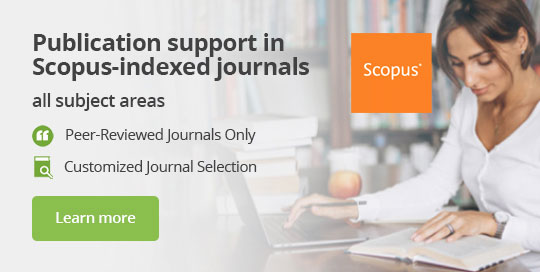 How is the SCImago Journal Ranking Calculated?

Since the relevance of the journal is an important factor to the scientific community, there is a division. As a result of the Q-ranking of journals, each journal falls into one of four quartiles: from Q1 (highest) to Q4 (lowest). The most reputable journals belong to the first two quartiles - Q1 and Q2. The journals are distributed by quartile automatically based on complex scientometric calculations involving their citation, which in turn are converted into ordinary percentages.

The citation rate in the scientific community is a very important factor for a number of reasons. If the author is cited, it means that their article is important and has an impact in its field. Also, based on citation, it can be concluded that the problem stated in the article arouses not only interest but also a scientific discussion.

If the article is not cited, it means that the information presented there is not relevant and does not contribute to the field. As a rule, previously unknown findings and facts are cited the most. A high quartile in Scopus means that the journal sets research trends, and its authors are experts in their field.

Thus, if we want to determine the quartile of a journal in Scopus, it should be borne in mind that more than 22,000 journals are indexed in the Scopus JCR (Journal Citation Reports), which are ranked from top to bottom and fall into one of four quartiles, according to the SJR indicator.

Scopus and Web of Science Comparison: Strengths and Weaknesses