HOW TO APPLY DIFFERENTIAL EQUATIONS TO SOLVE NATURAL SCIENCE PROBLEMS? 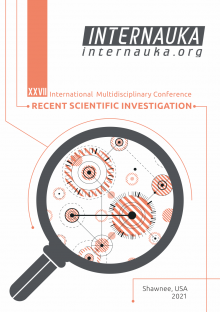 HOW TO APPLY DIFFERENTIAL EQUATIONS TO SOLVE NATURAL SCIENCE PROBLEMS?

Student at Nazarbayev Intellectual School of Physics and Mathematics in Shymkent,

Numerous problems of natural science, technology and mechanics, biology, medicine and other branches of scientific knowledge are reduced to mathematical modeling of processes in the form of a formula, i.e. in the form of functional dependence. So, for example, transient processes in radio engineering, kinetics of chemical reactions, dynamics of biological populations, movement of space objects, models of economic development are investigated using differential equations. All this was the main reason for choosing the topic of the work.

Achievement of the intended goal is associated with the solution of particular problems:

Differential equations are one of the most popular and powerful tools for solving practical problems in mathematics. They are especially widely used to solve problems of the natural - scientific cycle: theoretical mechanics, physics, chemistry and biology. In many problems of geometrical optics, geodesy, cartography and other areas of natural science, it becomes necessary to find curves by given properties drawn by tangents to them. Usually, such (geometric) problems are also solved using differential equations.

In the mathematical study of any problem in the real world, three main stages can be distinguished:

- building a mathematical model of the phenomenon;

- the application of the results obtained to the practical issue, from the solution of which this mathematical model arose, and the search for other issues to which it is applicable.

A classic example of an idealized model is the scheme for studying the movement of a pendulum - a mathematical pendulum. In this case, the size and shape of the load, air resistance, friction at the suspension point, flexibility of the thread, etc. are neglected. The study of this idealized scheme can already be formalized by drawing up a differential equation. Then, it is necessary to investigate in what limits the made approximations are permissible, how the condition will change when taking into account the discarded factors, etc. It is necessary to find out what other phenomena are described by the same formalized mathematical model.[3]

In this case, the following sequence of actions is recommended:

1. Establish the values ​​that change in a given phenomenon, and identify the physical laws connecting them.

2. Select the independent variable and the function of this desired variable.

3. Based on the conditions of the problem, determine the initial or boundary conditions.

In many cases, the compilation of a differential equation is based on the so-called "linearity of the process in the small", that is, on the differentiability of functions expressing the dependence of quantities. As a rule, we can assume that all the quantities participating in a particular process change at a constant rate over a short period of time. This makes it possible to apply the laws known from physics that describe uniformly occurring phenomena to draw up a relationship between the values ​​of t, t + Δt, that is, between the quantities involved in the process and their increments. The resulting equality has only an approximate character, since the values ​​change even over a short period of time, generally speaking, unevenly. But, if we divide both sides of the resulting equality by Δt and go to the limit when Δt → 0, we get an exact equality. It contains time t, physical quantities that change over time and their derivatives, that is, it is a differential equation that describes this phenomenon. The same equation in differential form can be obtained by replacing the increment Δt with the differential dt, and the increment of the functions with the corresponding differentials.

The general idea of ​​replacing functions on small intervals of the argument with linear functions, which underlies the solution of physical problems using differential equations, is called linearization.

The study of a wide range of problems in natural science, technology and mechanics, biology, medicine and other branches of scientific knowledge shows that the solution of many of them is reduced to mathematical modeling of processes in the form of a formula, i.e. in the form of functional dependence. In the course of the work, the need arose for a more complete than expected study of the basics of modeling real objects. The practical value of the mathematical modeling method is as follows:

- a correctly drawn up and comprehensively used mathematical model allows you to optimize the study of a real system in time;

- the mathematical model makes it easier to predict the course and results of experiments carried out in real systems.