THE ESSENCE OF R. COES'S THEOREM AND ITS SIGNIFICANCE FOR ECO-NOMIC SCIENCE 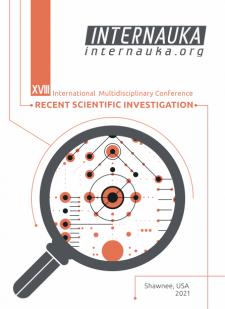 THE ESSENCE OF R. COES'S THEOREM AND ITS VALUE FOR ECONOMIC SCIENCE

student, Financial University under the Government of the Russian Federation,

Doctor of Economic Sciences, Financial University under the Government of the Russian Federation,

The relevance of this topic lies in the fact that the current state of the economy and the world around us are increasingly faced with contradictions. To solve this contradiction, Coase's theorem was created.

In his article "The Problem of Social Cost" (1960) suggests that some environmental problems are due to problematic property rights or lack thereof. Assuming that the property rights belong to the polluter and the transaction costs are zero, Coase's theorem states that the polluter and the victim can enter into a win-win deal if the pollution damage is higher than the net polluter from the sale of the polluted product. In this case, paying the affected party from the contaminant will reduce the pollution.

The degree of knowledge of the problem is quite high. This topic was considered in their works by such authors as - R. Coase, J. Hodgson, T. Eggertson, O.S. Sukharev, R. Nureyev and others.

The aim of this work is to study the Coase theorem and its significance in modern economics.

The object of research is the Coase theorem.

The subject of this research is the state of the modern economy and the significance of the Coase theorem in it.

In fact, the author of the theorem argues that negotiations between individuals or groups related to property rights will lead to an optimal and effective result.

Coase's theorem is easiest to explain with an example. It is clear that noise pollution fits the typical definition of external influences or economic consequences of an unrelated third party, because noise pollution from, say, a factory, a noisy garage band or a wind turbine potentially imposes "costs" on people who are not consumers. nor by the manufacturers of these goods. (Technically, this external effect arises from the fact that it is not entirely clear to whom the noise spectrum belongs.)

On the other hand, if the court decides that the company has the right to operate the turbines, the turbines will remain in the company's business and money will not change hands. The reason is that households are not willing to pay enough to convince the turbine company to stop working.

Thus, the transfer of rights in this example did not affect the outcome after the bargaining opportunity arose, but ownership did affect the transfer of money between the two parties. This scenario is realistic: in 2010, for example, Caithness Energy offered $ 5,000 each to households near their turbines in Eastern Oregon so that they would not complain about turbine noise. [3]

In practice, there are a number of reasons why Coase's theorem may not hold (or be applied, depending on the context). In some cases, the effect may lead to the fact that estimates obtained in the course of negotiations will depend on the initial distribution of property rights. In other cases, negotiations may not be possible, either due to the number of parties involved or due to social conventions.

Coase's approach to negotiation is attractive to some: the economy may be able to achieve a Pareto efficient allocation of resources (that is, no one person can be in a better position without worsening someone else's position) without ubiquitous state government. -th regulation. Moreover, Coase's decisions may be particularly interesting in terms of international externalities, since there is no supranational environmental agency with the necessary powers to enact emission reduction directives or introduce pollution taxes.

However, the number of situations in which negotiation relations under Ko-uz are possible and desirable is limited. First, the Coase negotiations do not exclude the government's role in the transfer of original property rights. This process will be the subject of special interest groups lobbying and rent seeking. In addition, because many environmental externalities are indirect, cumulative and uncertain, and because there is inefficiency in accessing the legal system, the costs of enforcing or closing the Coase deal can be large. Moreover, since many externalities are intertemporal in nature, future generations simply do not participate in any transactions. [4]

Another limitation for Coase markets stems from the fact that many external influences on the environment, such as car emissions or noise near airports, or global effects, such as climate change and ozone depletion, affect large numbers of people. For example, a farmer who pollutes his water supply may be one of many upstream farmers, affecting thousands of downstream neighbors. It will be difficult and expensive to sit down at the negotiating table of all relevant agents. In transaction costs (pooling the interests of all affected parties, hiring lawyers, agreeing on the optimal level of pollution abatement and enforcing the market agreement) will prevent a private transaction even with a clear allocation of rights. Moreover, people will be tempted to act as free riders in negotiations, undermining the negotiations themselves. People will view the outcome of the negotiations as beyond their control and, therefore, will not be willing to incur any transaction costs. Thus, when externalities occur in the future, or when transactional costs are important and when the number of participants is large, it is necessary to exclude the Cossian decisions of environmental externalities. [5]

For Coase's theorem to be applicable, the conditions for efficient competitive markets for disputed property rights that serve as sources of externalities are necessary. Otherwise, an effective solution is unlikely to be found.

These assumptions - zero transaction costs, accurate information, no differences in market power, and efficient markets for all associated goods and factors of production, are clearly a major hurdle to be overcome in the real world, where transaction costs are ubiquitous and information is never is ideal; Market power is the norm, and most markets for finished goods and factors of production do not meet the requirements of impeccable competitiveness.

Since the conditions necessary for the application of the Coase theorem in real disputes about the distribution of property rights are almost never met outside of idealized economic models, some question its relevance for applied issues of law and economics. [6]

While recognizing these real difficulties in applying Coase's theorem, some economists view the theorem not as a recipe for resolving disputes, but as an explanation of why so many apparently ineffective outcomes of economic disputes can be found in the real world.

Coase's theorem tells us that if the ownership of the resource concerned is clearly defined and the transaction costs are zero, then parties who disagree about the use of those resources will negotiate an effective solution, regardless of who is assigned. property rights. The implication of this theorem is that private negotiation or other market processes can effectively address social cost problems such as air and water pollution. Of course, transaction costs are never zero, and many discussions of the theorem over the years have tried to develop the possibilities and limitations of consensus decisions when transaction costs are positive. Although much of the early reaction to the theorem was negative, the discussion turned into an insoluble debate that focuses somewhat less on the theorem itself (that is, with its highly restrictive assumptions) and slightly more on deviations from these conditions and how processes like the theorem Coase can work in more realistic conditions.

However, the world of zero transaction costs is a fiction, but sometimes a useful fiction, not unlike the vacuum in physics. This has also been a foundational assumption of mainstream economics for centuries, including economics, which Coase opposed in the "social cost problem." Coase showed that in the world of neoclassical economics, government regulation is not required to effectively address the problem of social costs. If the ownership rights to the resources in question are distributed and there are no costs for the transactions, the parties will effectively solve the problem through negotiations.

Its central influence was to make scientists — and later politicians — realize that the exchange process could be used to address social cost problems. Of course, Coase's theorem is an idealized construct that does not reflect the world in which we live. But while showing how proprietary solutions can generate proprietary, efficiency-enhancing solutions, the theorem opened the door for further analysis of real-world problems.

Most environmental economists consider Kouz important because he emphasized that social cost problems are ultimately related to incomplete property rights. This makes Coase's analysis a natural starting point for analyzing social costs. The main difficulty arises when the direction of this analysis is set. Some continue to hold that regulatory mechanisms or taxes are needed to fix the problem, while others are more interested in examining whether markets or market mechanisms can be used to address the problem. But there is a widespread consensus that social cost problems have their roots in property rights, and we owe this point of view to Coase.