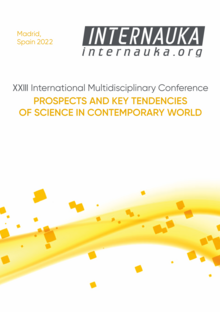 An extensive literature is devoted to the actual problems of teaching in Russian for foreign studentss in higher education institutions of the Russian Federation. This issue, first of all, is interconnected with the growth of exports of high-tech Russian goods and the rapid expansion cooperation with the countries of Africa and Asia. Cooperation is based not least on the high assessment of the level and effectiveness of Russian education, which has developed over the decades.

Considering the important elements of the pedagogical process, we can list several aspects of it: vocational training itself, the study of language and culture, the organization of self-study, the practical orientation of the educational process. However, an equally important aspect of this activity is the preparation of the teaching staff to work with foreign students.

According to the education policy the language of learning and teaching is mostly Russian. The most likely event is that the level of Russian language knowledge is not enough after few months of the learning. This may have serious backwash for the learning of technical subjects. This study was undertaken in order to determine the degree of influence on the educational process of the use of  mediator languages and the possible use of the home languages within mathematical discourse.

In many countries with a colonial past, where the language of instruction in mathematics is different from the native language, the level of leaners proficiency in mathematics is critically influenced by the level of their proficiency in it. The language problem is the main reason for the poor progress in mathematics in multilingual classrooms [1]. Analysis of teaching materials shows that language problems are absolutely not taken into account. First of all, this is expressed in the cumbersomeness of linguistic structures typical for scholar texts: compound and complex sentences, passive voice, the big gap between subject and predicate. Despite the extensive literature on these issues, there is no consensus on how to overcome the situation described.

A radical, but not feasible solution to the problem: teach in native language. There is enough evidence that teaching mathematics in mother tongue can play a fundamental role, especially at an early age. On the other hand, students in classes where a non-native language was the only language of instruction were unable to achieve the required level of proficiency in mathematical discourse.

In order to master new knowledge, one may to timely and deeply master the terminology of the subject, independent on learning language. However, there is a negative effect that directly affects the perception of the education level. Upon the return of a students to his country, he has to “learn again his native language”. Since a close connection has not been formed between the concepts he studied in Russian and the terms of his home languages, which are absolutely unknown for the students. The experience of teaching technical disciplines shows that just a translation of terminology in different languages helps the students to significantly intensify the understanding of the content of a lecture or practical lesson. For example, such terms as elasticity, plasticity, strength, shear, fluidity, etc. are not known to the students and must be communicated to him in mediator or home language. Even this simple step will increase not only the level of perception, but also the authority of the teacher and his discipline.

However, a mathematics teacher who has to deal with the problem of a multilingual class on a daily basis still does not have clear instructions. Academic researchers do not pay enough attention to the role of language in mathematics education, leaving multilingual classes alone with their problems.

Let us now describe the sociolinguistic framework that bases on the notion of Discourses.

Definition [2, p. 131]. «A Discourse is a socially accepted association among ways of using language, other symbolic expressions and artifacts of thinking, feeling, believing, valuing and acting that can be used to identify oneself as member of a socially meaningful group or social network or to signal that one is playing a socially meaningful role».

The linguistic approach gives the researcher additional tools for studying the educational process and the role of society in the formation of a second linguistic personality. We made numerous observations on how the teacher and the students communicate during the lesson, which made it possible to identify the influence of the organization of the classroom discourse on the understanding of mathematics by students. Sociolinguistics focuses on the social nature of language. From this point of view learning mathematics is a discursive activity. The study of mathematics is seen as participation in a community in which leaners mathematize different situations and use all the means of communication available to them, including their mother tongue and other languages. The main task of the teacher is to support the leaner, regardless of his language proficiency, in using these means. In and outside the classroom, an atmosphere of scientific inquiry, open discussion, mutual assistance and appreciation should be created. The question of methods of creating such an atmosphere comes to the fore. A prerequisite for this must be a solid knowledge of the subject and proficiency in the mediator language.

The most widespread misconception is that mathematics is independent of language proficiency. The root of this misconception is the mathematician's confidence in the ability to express a mathematical concept in any language. This illusion creates a chain of uncontrollable negative events in communication. Due to the lack of feedback from a student who cannot clearly articulate what exactly he does not understand. Feedback is the most important condition for communication. However, the feedback channel should be as informative as possible.

This study was designed by analogy with the study of E. R. Nkosi [3]. We found a lot in common in the problems of teaching mathematics in English and Russian as foreign languages for leaners. It is necessary to emphasize the important features in the organization of training for the foreign students:

We will focus on the interaction between home language, mediator language and Russian as language of teaching and learning. This interaction is referred as trilingual. Students can be said to participate in multiple linguistic communities with different goals. Social communication is conducted in the native or mediator languages, interaction with the teachers does in Russian. Our position is that the use of various means of communication, including native and mediator languages, should be recognized as an acceptable means of teaching. But any use of code switching in classroom communication should be carefully planned and supervised by the teacher in order to deepen the understanding of mathematical discourse.

For example, it is permissible to ask a student to explain to other students in his home language what he understood and then check the degree of understanding by indirect questions. The effectiveness of this method has been reliably established [4].

An interesting experiment was made with a Setswana group from South Africa. Several slides of the lecture in Russian after presentation were presented in Setswana, automatically translated by the application. The result was amazing. After a lot of fun, the students tried to correct the translation. These efforts led to the identification of precisely those expressions and meanings that were not understood by them from the very beginning of the lecture in Russian [5].

An effective method is the translation of terms and even entire sentences into the mediator language. This translation must be prepared and verified in advance. If conditions permit, then such a translation can be made into the home language.

As a practical measure, the creation of a methodological complex for teachers and foreign students, in which punctuation, terminological and other features of national education in comparison with the Russian tradition, would be outlined.

Experiments have shown that students are more successful in solving tests which are formulated algebraically rather then the word problem [6].

Observing the lecture, we attributed all types of communication to four types of discourse: procedural, conceptual, regulatory, and contextual. The results obtained are in agreement with our a priori assumptions. The use of only Russian in teaching has a blocking effect on the mastery of mathematics. On the other hand, the equal participation of the mediator language in the classroom improves comprehension. But it is precisely the conceptual discourse that is recommended to be made as comfortable as possible in the linguistic perspective.

A detailed analysis of the peculiarities of teaching foreign students is impossible within the framework of one article and is the object of detailed interdisciplinary research. Overcoming the language barrier is not enough for successful communication. It is still necessary to overcome the cultural barrier. The main obstacles to successful intercultural communication are, firstly, "ethnocentrism". That is, one's own culture is the scale for all others. In addition, at the psychological level, when in contact with a foreign culture, a person is initially negatively disposed. And, finally, the presence of stereotypes about representatives of a different culture. The basis for successful intercultural communication is "patience" and "tolerance" [7].

In the training course for teaching staff the verbal, non-verbal and paraverbal forms of communication must be covered: "manner of speech"; rules of etiquette; gestures, facial expressions, body movements; foundations of religious life of foreign students. For example, languages of Western cultures, with a cognitive style of information exchange, are characterized by a weak dependence of communication on the context. In cultures of the Eastern type, special importance is attached to the form of communication.

There is every reason to believe that the difference in national consciousness is the main reason for misunderstanding in intercultural communication, since the formation of basic language skills is relatively simple. Thus, education should be based on the universality of the picture of the world and the generality of mental processes of information processing [8].