SCATTERING AT GRAIN BOUNDARIES ON THE CONDUCTIVITY OF METAL 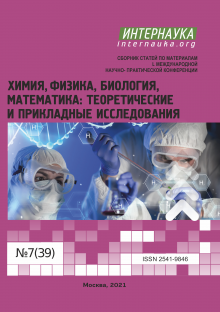 SCATTERING AT GRAIN BOUNDARIES ON THE CONDUCTIVITY OF METAL

In the granular conductor electron scattering at grain boundaries leads to that they are scattered mainly backward. Thus, some of the electrons acquire the velocity the opposite original one.

For correct accounting of contributions of these processes is necessary to use the unified kinetic approach to the problem. This approach must account for all phenomena in a unified way. Up to now such a kinetic approach was absent.

Scattered at the interface between the grains, the electrons will have a speed mainly directed in the opposite direction from the initial velocity. Therefore, the equilibrium electron velocity after the collision will be nonzero, because of the scattering on impurities and defects. And the sign of the average speed of the electrons after the collision with the grain boundaries will be the opposite of the original average speed of electrons.

2. Construction of a kinetic equation that takes into account the scattering of electrons at grain boundaries

Kinetic equation with the relaxation type collision integral for electrons will be as follows [2], [3], [4]

, e — the velocity and charge of electrons,

— Electric field strength, ν — the rate of collision of electrons, the function

- the equilibrium Fermi distribution for electrons in a solid plasma:

We assume that the conducting medium has a spherical
symmetry. In this case for energy of electrons

Here m — the effective mass of the electron.

The average speed of the electrons after scattering, we denote u. We assume that the magnitude of u is connected to the average electron velocity

by the following relation:

took into account the fact that the scattering electrons partially retain their memory of their velocity before scattering. In this approach, the value of

is an empirical coefficient.

Then we get the following relationship:

is positive, since the scattering of electrons occurs predominantly forward. In the case of electron scattering at the crystallite boundary of a polycrystalline metal, the value of α is negative, that is,

We assume that the velocity u is much less than the thermal velocity of electrons (or Fermi velocity for the case of degenerate Fermi–gas).  Then the value of

Through appropriate linearization for the locally equilibrium functions

, we obtain the following expression:

Similarly, in the linear case, the term with the electric field in the kinetic equation (1) takes the following form:

is defined through the distribution function:

Note that the current density

can be represented in the form:

The linearized distribution function has the form [2]:

in the works [5], [6], [7] has been proposed model equation taking into account the contribution of electron-electron collisions in the kinetic processes. For a degenerate Fermi gas of electrons this equation has the following form:

- the average time between two successive collisions of an electron. The integral term corresponds to the taking into account the value

comfortably search in the form:

is a new unknown function. For an electron degenerate Fermi-gas we have:

We have the following relation

We assume that the field

Taking into account the relations (4), (5) and (6), the kinetic equation (1) can be written as follows for the function

The value u is related to the average velocity of the electron before collision. In the case of electron-electron collisions the electrons partially retain the initial impulse and the initial velocity. In this case, the coefficient

in the equation (8) is negative.

Equation (8) can be rewritten in the following form:

Consider the one-dimensional problem, when the function

depends only on the spatial variable

will direct along a direction of the electric field E. Thus,

We introduce a new function h by using the relation:

The function h is dimensionless.

We calculate the value

Let's go over to a spherical frame of reference in the velocity space:

It is convenient to introduce the following dimensionless variables:

Then the kinetic equation takes the form:

3. Calculation of the conductivity coefficient

Consider the case of not varying in space electric field. Then

The expression for the electrical conductivity

has the following form:

we get the classical expression for static conductivity:

In the general case for the electrical conductivity we have:

. This case corresponds to the fact that in the scattering of electrons their momentum is conserved. So the friction of the electron gas on a lattice is missing.